The Golden Fountain – Is urine the miracle drug no one told you about?

The lungs, kidneys and skin are the main excretory organs, meaning they remove potentially toxic waste products from the body. The lungs get rid of excess carbon dioxide, the skin eliminates excess water and salts, and the kidneys remove urea. Urea forms when dietary proteins make amino acids after digestion. The liver breaks down excess amino acids to make ammonia, then converts this into urea, which is less toxic in the body than ammonia. -source

A couple of weeks ago I created a post called, “Urine Nation.” Somehow I have been one of those people that didn’t understand the significance to urine as a traditional medicine that is used even today with regularity among its proponents.

Many “loopers” as they call themselves claim that the whole urine directly from self to glass to direct use is the best use scenario and that even filtering it through a coffee filter is counterproductive.

In my estimation the key ingredient that is stirring up all of the good reports is the urea. The following information is from the Imperial College of London.

Urea (also known as carbamide) is a waste product of many living organisms, and is the major organic component of human urine. This is because it is at the end of chain of reactions which break down the amino acids that make up proteins. These amino acids are metabolised and converted in the liver to ammonia, CO2, water and energy. But the ammonia is toxic to cells, and so must be excreted from the body. Aquatic creatures, such as fish, can expel the ammonia directly into the water, but land-based animals need another disposal method. So the liver converts the ammonia to a non-toxic compound, urea, which can then be safely transported in the blood to the kidneys, where it is eliminated in urine. 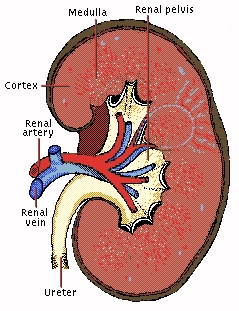 An adult typically excretes about 25 grams of urea per day. As urea goes stale, bacteria convert it back into ammonia, which gives the familiar pungent smell of lavatories. Any condition which impairs the elimination of urea by the kidneys can lead to uremia, a buildup of urea and other nitrogen wastes in the blood that can be fatal. To reverse the condition, either the cause of the kidney failure must be removed, or the patient must undergo blood-dialysis to remove the wastes from the blood.

Urea has quite an interesting history. It was first discovered and isolated from human urine by H.M. Rouelle in 1773, and was then successfully synthesised in 1828 by Friedrich Wohler. The synthesis was almost an accident, as Wohler had been trying to make another compound, ammonium cyanate, to continue a study of cyanates he had been working on for the previous few years. When he added silver cyanate to ammonium chloride solution he obtained a white crystalline material, which proved identical to urea obtained from urine.

This discovery was very important, as this made urea the first organic compound to be synthesised from wholly inorganic starting materials. Wohler wrote triumphantly to Berzelius:

“I must tell you that I can make urea without the use of kidneys, either man or dog. Ammonium cyanate is urea.“

This discovery dealt a severe blow to a widespread belief at the time called “vitalism”. This theory maintained that living organisms, like plants and animals, were made of different materials to inanimate objects like rocks. The belief was that living organisms possessed an unknown ‘vital force’ that allowed them to fabricate organic chemicals, and since inanimate objects did not possess this force, they could neither create, nor be transformed into the chemicals of life. Wohler’s discovery showed that not only could organic chemicals be modified by chemistry, but that they could also be produced through chemistry as well. In effect, he had shown that we are made of the same materials as the rest of Nature, and are therefore a part of the world around us.

Urea is produced commercially by several steps, which begin with the direct reaction of ammonia with carbon dioxide in a high pressure, high temperature reactor. It is a very important starting material in a number of chemical syntheses, and is used on an industrial scale for the manufacture of fertilizers, pharmaceuticals and resins. For example, urea is one of the precursors to the various barbiturates, which are widely used as sedatives and sleeping pills. Urea is also used in the production of urethanes, which are then polymerized to form polyurethane foams. Another important application is in the manufacture of resins and polymers. Urea can react with formaldehyde to make the urea-formaldehyde resins, which are highly important in moulded plastics. Another product is, melamine, which is formed by the dehydration of urea, and is used primarily in the production of melamine-formaldehyde resins which have much greater hardness and stain resistance than urea-formaldehyde resins. Both of these types of polymer resin have very varied uses including adhesives, laminates, moulding compounds, coatings and textile finishes.

As well as its uses as a chemical precursor, urea has properties which make it useful in its own right. For example, because of its high nitrogen content, urea is often used as a component of agricultural fertilizers. Also, urea has the ability to weakly bond to many large organic compounds, surrounding them in an inert ‘shell’ and so inhibiting intermolecular hydrogen bonding. This behaviour prevents the large molecules sticking together, and so can be used to separate mixtures, in, for example, the production of aviation fuel and lubricating oils.