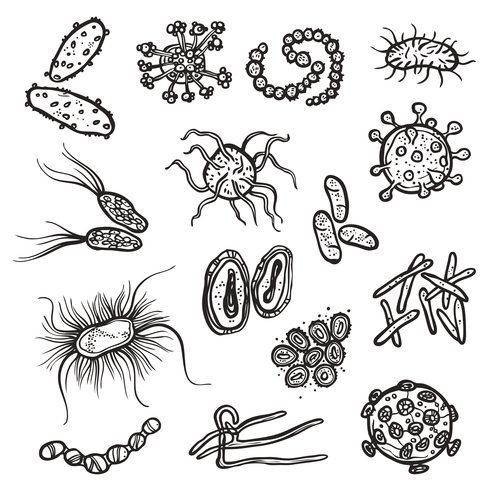 I came to this group last year on Facebook where the terrain theory of disease is discussed in contrast to germ theory. I had written something on my page that someone mentioned would go well in the group. So I thought I would check it out. Without going into detail, after following the group for a while I found that I had unknowingly been following the principles of natural hygiene completely unaware of the term or practice.

I had been dealing with a number of under-diagnosed health issues over the prior decade but starting in 2017 I sensed the need to start living a much more hygienic lifestyle. So I acknowledged my problem and began moving in the right direction.

When one chooses to practice natural hygiene or the Terrain Model which is understood by some as the 80/10/10 diet what they are doing is simply allowing the body the best possible opportunity to do what it is designed to do. See bottom for more info. It is stacking every possible deck in your favor to say the least. And it just feels good once your body gets through what detoxing it must to begin doing what healing it can.

The Terrain Model as I understand it is about potential and recognizing that the BEST thing we can do for our body is to get out of the way and let it do what it does best while removing all forms of interference.

For me that looks like someone that does 30 minutes of aerobic exercise in the morning before anything else. Weight bearing exercised throughout the day and week with lighter weights. And a diet with no animal products of any kind, no cooking(heating), no added salt and I chew everything to liquid before drinking it.

I am also very proactive regarding the health of my skin and I personally believe the best thing I ever did to improve my body’s ability to heal itself and move beyond the problems that were holding back my potential was by removing added salt.

Admittedly I ate way too much of the white, pink, grey and sea stuff but I had no idea how badly it affects our cells ability to function properly in the presence of added salt.

As I see and understand it the best thing we can do is provide our body with every possible beneficial dependency, which is simply food, needed rest and time. Anything more is simply interfering with natural well evolved processes. The time is going to pass regardless of your level of participation…8).

Who knows what you might find after 3.5 years of slow steady commitment. Maybe the same thing as me.

Missed opportunity comes only once in a lifetime, but its regret remains. All I wanted to do in my life was fix one glaring problem. What I got was so much more.

You’ve got nothing to lose and you might like me, get more than you had ever hoped for.

The 80 10 10 Diet – Balancing your Health, Your Weight and Your Life, One Luscious Bite at a Time – Dr. Douglas Graham.

This book explains in detail the Terrain Model diet and also goes through the mistakes of many other diet programs like Atkins/Keto/Paleo/Low Carb and Pritikin’s Grains. Near the end he includes menu plans.