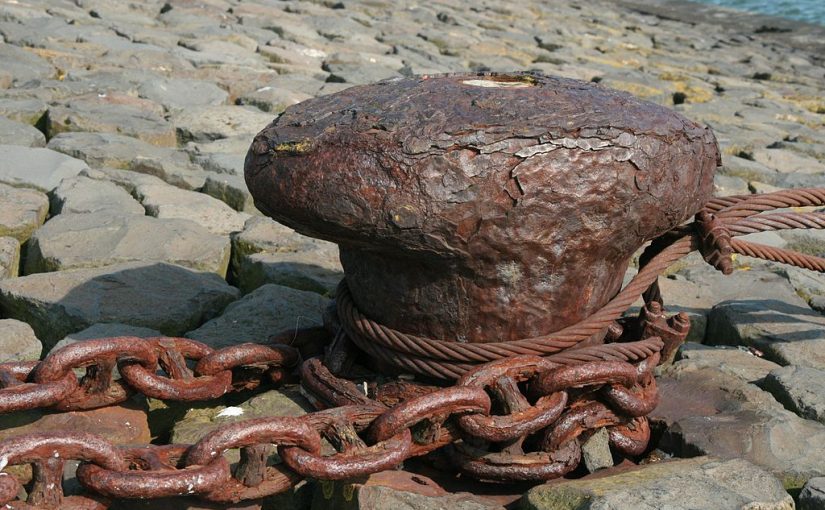 Could my body create a problem big enough that it couldn’t fix it? I am going to suggest the answer is no. Our body doesn’t have the ability to kill itself. Its imperatives are too divine. That would be against its own will and nature.

Or better yet can I even know enough about reality to make the above statement with any surety other than my own self inflated sense of authority? Maybe not in so much as my knowledge is subject to my own limitations. Yikes. Here we go

The creation that I exist in is infinite, eternal and unchangeable in its being, wisdom and power. It is all-sufficient, incomprehensible in its fullness, everywhere in its presence and it is a recording of all things.

The creation that I know exists in and of itself and from itself and is in no way dependent on us for its existence. My creation is not served by me, on the contrary, I am served by it.

The creation that I find my existence is not unique to me but a stream that is constantly flowing in only one direction without variance. As far as I can tell it is futile to even imagine a beginning or an end. I don’t have a light bright enough to shine that far back in time to see what a beginning would look like anyways. My history does not begin and end with me, that is the realm of my creator and its creation. It is the beginning and end; I am just along for the ride and the water is nice in this river of water of life.

If I want to know what is the purpose of this creation of mine I need look no further than the creation around me. Its purpose and function is everywhere; it knows no different. Its purpose is life and life more abundant if at every opportunity. If there is any lack of goodness or purpose in the creation around me it is because I or one like me has interfered in the course of nature; the stream of life(all things).

Apparently my creator is very merciful; compassionate in every way imaginable knowing the unusual amount of distress I once embodied as a creation; even to the ignoring of the continual and even willful missing of the mark. That mark and standard being life.

In its infinite wisdom my creator placed within its creation provision for the inevitability that marks would be missed and messes would need to be cleaned up. Not only is my creator compassionate enough to fix my problems but had enough forethought to plan on it.

The creation I enjoy supplies all of my needs even if I don’t understand that some of what I think I need is not as much of a need as a desire or something that possesses me; a possession. It is only when I strip away that which possesses me do I with sober-minded clarity see that my needs are very small and always met, it’s just that I have become gluttonous in my creators abundance.

This creation is one that does not by nature cause distress, but that does not mean that I or one like me within creation cannot or does not foment that which is distressing. I know…I am a drama-sapien. It is how, in my own head, I add meaning to my existence. If by chance that added meaning, narrative or for better lack of term, drama spills out into the creation around me, somehow mercy was there waiting for me too, with a smile; mop in hand.

This garden I know(my body); planted within creation, crafted by my creator who is clearly slow to anger. Forgiving of inequity and iniquity alike to maintain a creation free from hindrance. Ultimately ready to forgive me of both and more.

The lusts and overindulgences of this creature(Me) in this creation are independent of the creation’s creative act and is inconsistent with my creators will(direction/flow). My indiscretions are only egg on my face and in no way a reflection of my creator.

The creator of this creation is not difficult to understand, separated from its creation standing by with disinterest. And if I ever for a moment begin to think that the river of water of life I find myself in is going to stop course, reverse and flow the other way I just slap myself. That’s just silly. My creator seems to only know ONE WAY—>

If there appears to be change in my creation that is a creation of my own. A figment of my own creation; my own imagination gone to seed.

My creation does not and cannot suffer. It only knows life and conservation thereof even through death. My creator is without body, parts, or passions. Without emotion, whether grief, pain or sorrow; knowing only stability and a steadiness of action.

I imagine my creator is nothing I could or should even begin to wrap an image around. So far every god I’ve seen fashioned seems to look an awful lot like the creature rather than the creation. That and I might not like what I see if I actually were able to observe.

And even if I were able to observe such a creator I imagine it would simply invoke more questions than answers in that the answers were never to be found, much less searched out.

There is no limit to creation, my creator or its creative powers. Yet I am limited by what I call time. Limited to such a small sliver of my creators existence that it appears immovable; like a rock. Like a statue frozen in time. Like a man with a swatter after a fly making an epic voyage across the vast Sea of Kitchen, I imagine we look much like the Statue of Liberty to that annoying imp of a buzzard.

The power and wisdom of our creator is everywhere all at once in balance whether we see all that is being held in balance; homeostasis.

The power of our creator and creation is one and its life giving force flows from one source; our innermost being and it is simpler than we can imagine because it is precisely the fruit and excesses of our imagination that obscures our access to the creative life giving force within.

That which is called god for better lack of language is provident to say the least providing for us everything we need even in our ignorance gross, slight or acute. Nature doesn’t usually just rain on individuals but everyone under the cloud even though occasionally it does appear as though the sun does smile upon us uniquely at times.

My creator is always right and good and just; factors of which I have no bearing. A unity in simplicity of parts that begins with on that becomes everything else fulfilling all creation as intended from insemination. We couldn’t create a god if we tried because everything that already exists is god in essence and it is I the hearty fool to think he can improve on perfection.

It was in me all along